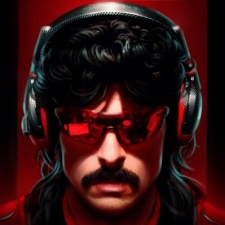 It's been over a month since Guy 'Dr Disrespect' Beahm was unceremoniously banned from Twitch, leaving the internet confused as to what had happened to him. Now, he's back, with a debut live stream on YouTube.

The streamer's final Twitch broadcast on June 27th ended abruptly, leaving his community stunned. Shortly after, it was unveiled that Beahm has been banned from the platform permanently.

Neither Beahm nor Twitch have yet disclosed the reason behind the ban, and Beahm remains adamant that he does not know why he was banned. In an interview with PC Gamer, Beahm also states that his team are "considering legal action" against Twitch.

Beahm also hinted in an Instagram Live post earlier on that he may return to streaming today. Though according to industry insider Rod 'Slasher' Breslau, Beahm has not yet been offered a partnership with YouTube or Facebook Gaming. He is however, free to go live as he wishes.

As of writing, Beahm's YouTube stream has been live for 20 minutes, with over 200k viewers tuned in to see what he's up to. We'll keep you updated.

Update: One hour into the debut stream, Beahm put out a new tweet that simply says: "tomorrow, we arrive". It seems as though a more in-depth broadcast will take place at some point tomorrow, then.