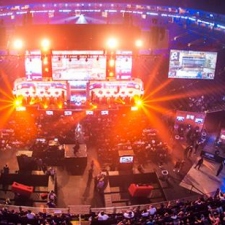 The latter firm will produce Player v Player, Bootcamp, Defining Moments and ESL Replay for distribution on Hulu, with the shows available for on-demand viewing alongside Hulu originals like The Handmaid's Tale.

Player v Player is the most interesting in the context of gaming influencers. ESL described it as "a gamified debate show with casters and esports influencers facing off over the hottest topics in eSports... an urgent, passionate conversation amongst signature esports personalities, connecting communities while also pitting them against one another".

Bootcamp will be a weekly documentary series following CS:GO team The Immortals; Defining Moments will look back at some of the biggest moments and controversies of ESL's history; and ESL Replay will focus on key events at its current tournaments.

While headlines around eSports and TV have tended to focus on traditional TV networks (ESPN for example) dabbling with covering this area, there is clearly more opportunity for companies like Hulu and Netflix to get involved. This is unlikely to be the last deal of its type.