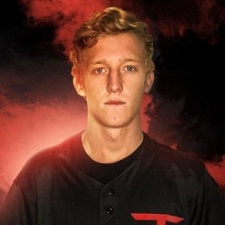 Rapid growth is happening all across YouTube and it’s important to watch the creators that are rising in all of the platform’s sub sections.

Our partners at Matchmade have tracked the channels that have experienced the most growth between March to May 2018, based on data that is publicly available on YouTube.

This is the pick of the bunch among YouTube Gaming's 'bronze' category, which covers channels from 10,000 to 100,000 subscribers.

There’s a possibility that you haven’t heard of any of them, but with growth like this, it’s fair to assume that these are the rising stars to keep one eye on during the summer. This lot are moving so fast that they've actually broken out of the bronze tier this month.

It’s not a Faze, mom

The standout line on this graph belongs to FaZe Tfue. Tfue, who’s real name is Turney Tenney, is an esports personality and a member of esports group FaZe Clan.

Since April, he has soared from 112k subscribers to a cool 1.5 million. While he’s had a presence on YouTube since 2014, something seems to have caused a spike in subs for the creator.

We looked in to it and of course, the biggest contributor seems to be Tenney’s recent nod towards Fortnite. He’s also been having regular royale rounds with Ninja, which will also incite some kind of rise.

The other standout line on the graph belongs to Dr Lupo, an already established Twitch streamer with an impressive 1.7 million followers. He’s been crushing it since March, dragging his channel up from 77k subs to almost 700k.

DrLupo began to gain a bit of traction on YouTube after posting a video of himself being swatted whilst playing Fortnite, but still managing to go on to win the game while his wife dealt with the disturbance. Swatting isn’t cool, don’t do that.

Other creators to make the list include ItsOwen, Camis Bueno and Price TV. UK based ItsOwen has grown from a casual 6,700 subs in March to over 120k. His content is also very Fortnite centric but it seems to be working out for him, considering the channel itself is only six months old.

Camis Bueno has enjoyed a similar rise, jumping from 9000 subs in March to over 100k in May. Though unlike the aforementioned creators, she doesn’t cover Fortnite. She actually covers Free Fire, a mobile battle royale title. Interestingly, the battle royale buzz is still working for the Brazilian streamer despite not covering the big dog.

This leads us onto Price TV. This channel has also grown significantly, leaping from just 17k subs in March to almost 200k. Price TV also covers Free Fire and is also based in Brazil, suggesting that this particular mobile game is pretty popular in the country right now.

Hey Sant is the third Brazilian channel in this list, but they’re not covering battle royale at all. In what feels like an odd breath of fresh air, Hey Sant is a Roblox creator. They’ve grown from 7000 subs in March to 80k in May, speeding towards that silver play button.

H1GGSY takes us right back in to 2018 with another Fortnite orientated channel. The UK creator has soared up from 20k subs in May to 131k in May.

It’s fair to say that the battle royale trend is still going strong, but it's interesting to see Free Fire creeping into the fold alongside Fortnite. We're also seeing Roblox creep back in to the fold. Still, it’s probably not a great climate to set up your niche retro gaming channel.