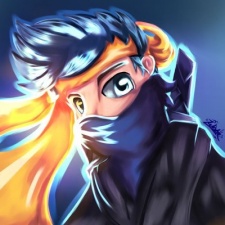 Rapid growth is happening all across YouTube and it’s important to watch the creators that are rising in all of the platform’s sub sections.

Our partners at Matchmade have tracked the channels that have experienced the most growth between December 2017 to February 2018.

We've already tracked 10 channels in YouTube's Bronze category that were spearheading at the beginning of the year, and this week the ones to watch are among YouTube Gaming's 'silver' category, which covers channels from 100,000 to one million subscribers.

These are some of the hottest YouTube creators around right now, and in just three months, a fair few of them have already broken out of the silver tier. In fact, we’re fairly sure you’ll have heard of at least one of them.

We’re all looking at that wild blue line there. Yeah, that is the Ninja that streamed with Drake and is currently taking over the gaming space.

Ninja and Fortnite’s (developed by Epic Games) success shows no signs of halting just yet. Fortnite is absolutely dominating the streaming space right now and while a lot of creators are trying to cash in, Ninja is the one carrying the torch.

The streamer has soared from a modest 359k subscribers in December to a staggering 6.4 million at the time of writing. That’s a growth of almost six million subs in just four months and YouTube isn’t even his main platform.

He shouldn't even be in the silver category; he's growing faster than the data can comprehend!

CDNThe3rd and RedSama are also Fortnite creators that have risen alongside the game’s success. CDN went from a casual 315k in December to 914k this month, closing in on that sweet million. RedSama grew from 333k to 920k this month and is also about to earn his gold play button.

In fact, Michou, Kohito, and MindOfRez are all Fortnite creators as well, enjoying swift rises presumably off the back of Epic’s hit.

However, ElDengoso and реми are both Minecraft creators. While Minecraft seems to be taking a back seat right now as Fortnite takes the wheel, both of these channels have managed to grow enough in a short space of time to make the list.

ElDengoso is a Brazilian YouTuber that makes daily Minecraft videos. He’s crept over the 100k mark in December and has experienced impressive growth since, hitting 250k this month.

Реми meanwhile is a Russian creator that has doubled his sub count in the past three months, from 145k in December to 345k.

The obvious takeaway from all of this is that Fortnite is unstoppable right now and any creator hopping on the battle royale train has a good chance of opening themselves up to a huge audience.

Though with so many influencers jumping on board, standing out amongst the crowd could quickly become a problem for those late to the party.