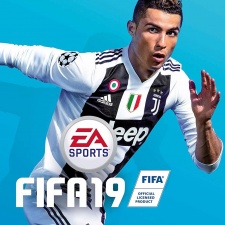 This chart covers the week commencing September 17th to 23rd.

To the surprise of no one, Fortnite is topping this list. A huge 83 per cent increase in views tips the battle royale epic over 49 million hours this week.

Firm Twitch favourites League of Legends and CS:GO are second and third, with 18.8 and 17.9 million hours viewed respectively. The CS:GO FACEIT Major in London drew to a close this week, which may explain the drop off in views.

World of Warcraft sits at number four after experiencing a 10 per cent drop in views. PUBG comes in at five after a surprising 25 per cent increase in views this week. Season 3 of the GLL PUBG tournament kicked off on September 12th, which looks to have caused a spike in viewers.

Also on the rise is Dota 2 with 10.6 million hours watched this week, a 27 per cent increase. Hearthstone comes in seventh with 5.5 million views and an ever so slight drop off of 0.35 per cent compared to last week.

Number eight is FIFA 19, with a whopping 1285 per cent increase in views compared to last week. The game releases on September 28th and so the hype is strong, with streamers already cracking on with advanced copies of the title.

Overwatch is in ninth place with a nice 9.6 per cent increase in hours watched, and Dead By Daylight snaps up tenth place. The game racked up 4.7 million views this week, which is a 21 per cent drop on where it clocked in the week before.

Overall this week we're seeing spikes among the old esports favourites accompanied by the release of FIFA19, and of course Fortnite, being inexplicably popular as it always has been.

Below is the top ten most watched games at a glance: