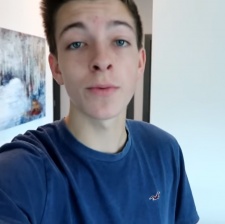 The most watched channel of the week is... wait, it's not Ninja? Ninja has been temporarily booted in to second place by FACEIT TV on Twitch, as the final rounds of the FACEIT CS:GO Majors come to a close. However, the tournament is now over so expect to Ninja regain his crown next week.

In third we have Sco, World of Warcraft Twitch streamer and founder of gaming organisation Method. The Scottish creator experienced a slight rise of 3.8 per cent in hours watched this week.

Number four is dota2mc_ru, a Russian Dota 2 Twitch channel. The channel has spiked up by 189 per cent this week, which makes sense as qualifiers for the Kuala Lumper Major began last week.

Next up we have Starladder 5 and Shroud coming in fifth and sixth. Both Twitch channels have been focusing on CS:GO of late, and both channels' views have dropped 38 per cent in the last week. StarLadder5's focus on CS:GO is not unusual, however Shroud is primarily a PUBG streamer.

A trifecta of surprise entires from YouTube Gaming are up next. TheGrefg is a Spanish YouTuber with 7.7 million subscribers, and his recent Fortnite streams gave him a 51 per cent increase in views last week, propelling him into this top ten.

Nick Eh 30 is in eighth place with a 47 per cent increase in views last week. Nick is also a Fortnite streamer native to YouTube.

Pack a Puncher (main image) comes in at number nine, and is YouTube based Fortnite streamer with a cool 1.6 million subscribers.

Bringing up the rear is Tfue, a Twitch channel run by FaZe Clan member Turner 'Tfue' Tenney. His channel has experienced a 29 per cent burst in views over the past week, and it mostly features Fortnite if you can believe that.

All in all, we've seen a rise in channels covering esports, plus new entries from YouTube Gaming, where streaming isn't as popular stacked up to the likes of Twitch and Mixer.

Here's the top ten most trending channels by followers gained. Leading the charge is Fortnite YouTuber Pack a Puncher, who's gainied almost 432,000 subscribers in the last week.

Instanity and gattu are second and third, amassing another 226,000 and 206,000 followers on Twitch respectively. PookieTUBE has grabbed another 161,000 Twitch followers, which is an 80 per cent increase on its average.

Here's the top ten most trending channels by views gained. YouTube's TheGrefg is leading in this chart after amassing a whopping 14.6 million views in the last week.

SpeckGaming is in fourth after amassing another 6.8 million views on YouTube, closely followed by gattu who racked up 6.3 million.

YouTube's PUBG TV is in sixth place after grabbing another 5.7 million views, and Ninja appears in seventh with a growth of 5.4 million.

The final three places are all YouTube channels; PookieTUBE closes with the top ten on 4.8 million views gained in the last week.