How useful is influencer marketing to an indie mobile game developer? 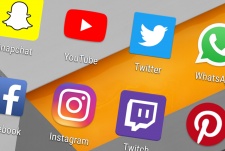 In recent years, "traditional" advertising has started to give way to a personality-driven, human-touch kind of advertising known as influencer marketing.

Influencers come in many forms and across multiple media sources, and as they grow in power and follower count, more and more game developers are turning to them to push their games, or even collaborate with them on the games themselves.

But as these influencers rise in prominence, so too do their rates, to the point where working with the bigger names can be very costly indeed.

So what can the indie developers do in the face of this? And is influencer marketing even that useful to a smaller developer? To find out, we asked a number of indies:

Short answer from me on this one – so far no!

We've been approached by all manner of people who claim to be able to influence, but mostly by us paying them to pay people to download our game and are pretty obviously scams (usually the email doesn't name any of our games or picks on one that's not even been on the app store for a while).

That's probably the biggest barrier for us, finding who the ones who can influence mobile and aren't scams.

We try our best! There's literally no chance we've reached market saturation with our pitiful marketing attempts, so every YouTube video is valuable.

It's mostly a huge benefit when an influencer does decide to give our game a try.

I would love it if more (and more widely viewed) YouTubers and streamers played Moon Hunters and Shattered Planet. We try and send keys to all influencers that are clearly not scammers, and most of our marketing efforts outside of PAX were focused on getting influencers to pay attention to our launch, which was a bit hit-and-miss.

Kitfox specialises in games that are "different every time", so we find it's mostly a huge benefit when an influencer does decide to give our game a try. More people talking about our games = more people knowing our games exist, which is our top priority.

We're not going to pay influencers actual cash though, which is a bit of a barrier, even aside from getting them to open, read, and reply to your emails. As influencers gain even more power, potentially over Steam promotion algorithms or other means, good luck to all of us.

We've been fortunate to have had some video sharing for our games, but it happened mostly out of talking and negotiating directly with the channels and them happening to just really enjoy Finger Derpy.

When the game got featured by Apple and we had a good streamer show our game it was easy to see a direct correlation to downloads. The feature came first, then videos a little after, and the download graph directly showed this with two large humps.

We've also had a situation in which we did pay for a channel to feature a different game. It was expensive ($5,000) and the video did get a half million views in the first month, but in that case the game wasn't out yet, so it was very tough to measure just out useful that outlay was.

For the upcoming release of Pig Eat Ball on Steam Early Access we don't plan to spend money on streamers/YouTubers, but we will be aggressively pursuing them and sharing keys.

When releasing Extreme Gear: Demolition Arena, we tried to contact few unknown YouTubers (less than 1,000 views/video) to see if it could have an impact on downloads. Very few of them made videos of the game, and we had some difficulties seeing if it had an impact on our download graphs as those YouTuber's videos had very little visibility.

That's my only experience with YouTubers, but despite this, I'm convinced that YouTubers, if they are at least a bit known, can have a real impact on the download curve of a game and next time I'll try to contact some of them who have more visible channels.

Influencers that come to you and offer paid reviews usually have zero impact.

We never paid any influencer for reviews, as ones whose review may deliver a noticeable impact do not usually take money directly and, when you start talking money to them, it usually means that your email might be sent to trash right away.

They usually have their own audience that like certain types of games. Reviewing the wrong game may mean a loss for them and it's the one time money can't win over a long term loss.

On the other side, influencers that come to you and offer paid reviews usually have zero to no impact. In latter cases, it's usually pointless to waste time on trying to negotiate regardless how low the price is, as there will be nothing noticeable in return.

However, some games were played by guys on channels with millions of subscribers. The effect was noticeable and the audience, when it matched, had better metrics in stats - retention, etc. - correspondingly!

I don't have a lot to give to this topic as it's not something we have really done at Nitrome...we've never paid for any marketing.

That said, we have been covered by a few YouTubers which have brought some noticeable traffic to our apps. I'm not sure it would have been worth paying for, but then again there are bigger YouTubers than the ones that covers us so I couldn't say it could never be worth it.

At the beginning of 2015 we worked with Instagram and YouTube influencers to push our game. Instead of reaching out to gamers, we focused on influential life-style Instagrammers in Sweden with a younger audience of teenagers.

Influencers happily responded to us as no mobile game had reached out to them before, where a game was perfect for their audience.

Using Instagram influencers only, we became the top free game, top word game, and top 10 apps - I think - overall in Sweden with about 70,000+ downloads in less than 12 days (no Apple feature), getting us roughly around 6,000 installs per day.

Working with influencers from 30,000 to 100,000 followers, we got wide reach to high schools in Stockholm, Sweden.

The results were dependent on how well the influencer wrote the post on Instagram. Thus, we gave them guidelines and directions based on previous results - while not compromising on their authenticity and creativity.

The use of words like "addictive", "love", "obsessed" converted well. Also, we encouraged influencers to ask for action, for example "my high score is 177. What’s yours?" Then users would download, play and comment their score. For some influencers we got hundreds of comments with high scores.

I’d advise anyone who wants to work with influencers to look for smaller influencers with great engagement.

We started with closed competitions where influencers could compete for downloads with trackable links that gave us demographics and device info of all downloads each influencer generated.

We quickly realized that all influencers with highest engagement had a Youtube-link in their caption - and pursued our efforts there.

Per install (CPI) we paid as little as $0.01. One year later though, the price of the exact same influencers rose a lot.

I’d advise anyone who wants to work with influencers to look for smaller influencers with great engagement, instead of going with big shots that get spammed on a daily basis.

Also, it would be interesting to see how retention varies with the users that you get from influencers versus organic users or other UA channels.

I was all set to lament the golden days of organic "Let's Plays" and bemoan the "numbers game" that is todays YouTube climate, but then a couple of things happened last week that knocked all that on its arse.

Dashy Crashy up to this point has had very little impact on YouTube - not for a lack of trying; I sent endless emails to channels we enjoyed watching and that covered similar games, to the point of feeling a bit stalker-ish, typically to no response and a mild soul crushing.

However, we're lucky to have players posting their own Let's Play videos and the odd YouTuber will pick us up for a play, and that can have real impact.

Its 300,000+ views netted 30,000 downloads the day it was posted, provided a steady afterglow, and was then featured that week on the front page of the Saudi Arabia App Store.

Coincidentally, another Let's Play followed with a view count of 1.7 million views at the time of posting:

This video is brilliant at communicating who we made Dashy Crashy for, which helps to raise our profile with platform etc, but has so far had a lesser impact on downloads, highlighting that not all views are equal and how important it can be to consider what type of influence you're seeking and how engaged a viewership may be.

We'll try to make watchable games, try to chat with channels we like, and see if any collaborations can happen.

How either channel discovered Dashy Crashy - who knows? But genuine, organic Let's Plays are still possible, so there's hope for us all.

Was it luck? Maybe, but luck is surely the residue of hard work: early focus on audience, execution and our limited promotion targeting.

Something Dumpling are considering more actively in the design process is how "watchable" are the things we're making (the "YouTube factor"). This can be gameplay depth or levels of "WTF?!?", but it all boils down to how entertaining a game is to watch.

It harks back to the old "attract mode" philosophy we had when making classic arcade games and it certainly needs to be considered early in the modern design process.

So, there's no denying the massive impact influencers can have on our games, and while sponsored campaigns are out of Dumplings reach at this time, we'll try to make watchable games, try to chat with channels we like, and see if any collaborations can happen - if a Videodunky Dashy Crashy rap ever emerges, you'll know we succeeded!

Five marketing tools to help grow your Instagram in 2019