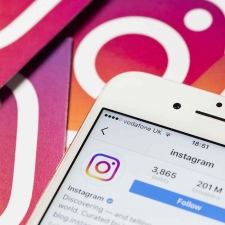 Research from influencer marketing platform Buzzoole has revealed that the use of #ad grew a total of 42 per cent in 2018 on Instagram.

The study was focused on the most commonly used hashtags for transparency. This includes tags such as #ad, #sponsored, and #sp that influencers will have on their posts for sponsored content or free product impressions.

Influencer posts on the 'Gram grew by over a million in 2018, with over 2.6 million posts recorded. The engagement also rose, and those posts saw over 2.9bn engagements last year.

Buzzoole's research also displayed which sectors were seeing the most sponsored posts and engagements. Fashion reigned supreme, claiming 31.6 per cent, followed by beauty taking 16.2 per cent. The smallest industry by sponsored Insta posts is automotive, clocking in with 3.4 per cent.

“Our data shows that Influencer Marketing is growing tremendously despite what some analysts called a difficult year for the industry," Buzzoole Chief marketing office Sarah Whitfield said.

"This is probably due to one main reason: as brands are looking to build long-term relationships with Creators, a higher level of loyalty becomes crucial. That ultimately translates into more transparency towards their audiences, which means making clear that an ad is an ad – and more budget invested in influencer-created content, which means more #ad content is shared online.”

Ian Samuel, chief commercial officer at Buzzoole added: “Keith Weed’s comments at Cannes 2018 have actually encouraged the main players in this space to improve their technology and accelerate their plans to tackle fraud,"

"As the industry matures, marketers can finally have answers to their big questions around attribution, measurement and transparency to justify a continued shift in budgets.”