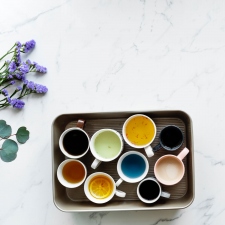 United States Senator Richard Blumenthal has called upon the FTC to investigate the promotion of 'detox' teas on social media.

Influencers are often seen on social platforms promoting the use of tea that is designed to help people lose weight quickly.

Popular brands such as FlatTummy and SkinnyMe recruit influencers with large followings in order to push their weight-loss and appetite suppressant products, despite questionable and harmful results.

In his letter to the FTC, Blumenthal accuses the companies behind these products of "false and misleading marketing practices".

“I call on the FTC to investigate the false and misleading marketing practices presented by the manufacturers of these teas and take appropriate enforcement action to protect unwitting consumers from harm,” Blumenthal wrote in the complaint.

This isn't the first investigation into the marketing of these brands. Back in September 2017, the UK Advertising Standards Authority (ASA) investigated Instagram and reality TV star Sophie Kasaei after she was found promoting Flat Tummy tea via her social channels.

The ASA banned Kasaei's sponsored posts and ruled that future adverts cannot contain false claims regarding the products in the UK. However, no such ruling is yet to be made in the US, as that is down to the FTC's jurisdiction.

Other celebrities have started to hit out at these brands in order to highlight what they can actually do. Actress Jameela Jamil first spoke about Flat Tummy Co. back in November, criticising the brand for irresponsibly peddling dangerous products under the guise of weight-loss.

"They make you sh*t," Jamil said. "They give you diarrhea, which gives you a flatter tummy for a day. THAT'S ALL."

"It's not safe. It's not FDA approved. No doctors advise you to use this stuff."