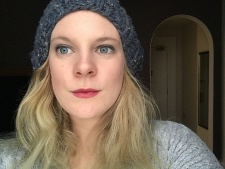 One question you should ask yourself before committing to a career of online entertainment is 'am I entertaining enough?'

This was a question that Hannah Rutherford didn't have to answer, because someone had already told her that she wasn't funny enough.

Despite the criticisms, Rutherford - known by her fans as Lomadia and the rest of the internet as 'Yogscast Hannah' - has forged a long and fruitful career as a content creator and influencer. She also made the shortlist for 'influencer of the year' at the MCV Women in Games awards 2018.

Rutherford first appeared alongside Yogscast alumni in 2011 and is still considered one of the original members of the group. Her YouTube URL is actually still 'Yogscast2'.

She's since distanced herself a little from the brand to focus on solo YouTube content and Twitch broadcasts, but still collaborates frequently with some members of the Yogscast.

We spoke to Rutherford about her journey as a content creator, the odds stacked against her and the problems that indubitably rise when you're a fierce, forward-thinking woman in the games space. She's also got some no-nonsense top tips for rising creators looking to up their game online.

InfluencerUpdate.biz: First off, talk us through your YouTube and Twitch channels. Elevator pitch! What do you do, how long have you been doing it?
Hannah Rutherford: Do you like escapism to giant alien worlds? Would you like to try and solve a murder? Do you like edge-of-your-seat emotional rides that leave you with a little fuzzy warm feeling? That’s my jam!

My content is all about taking my audience along with me on these adventures. I play a range of games, from triple-A to indie titles, all depending on if they grab myself or my audience in the pre-launch phase. I’ve been making gaming content for seven years on YouTube, and about three years on Twitch.

Have you faced any struggles keeping your channels sustainable?

I’m lucky in that I’ve got Twitch and other revenue sources such as brand deals and merchandise, so I’ve been able to offset the increasing loss that YouTube’s consistently delivered to creators since that first advert drop out two years ago. It means that I can do certain series as YouTube only without worrying that it’s going to cripple me financially.

I did have a year when I started Twitch where I was afraid to commit fully in case it didn’t work, and so I was trying to do separate content for each channel - but then I had to change how I worked in order to avoid burnout. Once I took the leap properly and the community came with me and realised we can all have a really good time with live content, we’ve not looked back.

Having worked from home and from an office - which do you prefer?

Working from home, absolutely. You can get a bit of cabin fever, so I try and make sure to do content with other people online or in person every week. The nature of the games that I play mean that they work better in a quieter and comfortable environment, where you can immerse yourself.

That's much harder in a office, especially when there’s lots of noise from other people in the building - also no fire alarm tests to ruin your recording!

I’ve also found that the act of commuting into the office itself took away some of the drive to record - and since the job is very much based on your self-control and organisation, that means work goes out of the window.

What do you think it means to be an influencer? Do you think you have a certain responsibility to stand up for the right things, even if you don’t feel qualified to?

A content creator once told me that I wasn’t funny enough to be on YouTube. They valued that as one of the key features of being an influencer - but humour only gets you so far before the jokes turn sour.

A content creator once told me that I wasn’t funny enough to be on YouTube - but humour only gets you so far before the jokes turn sour.

For me, an influencer is an individual that their audience can look to for opinions or thoughts, but will also have peoples’ backs on things that matter. It’s something I wholeheartedly try to do myself for my community, whether that’s related to gaming or just the world in general.

It’s important to me to be an outspoken, fierce, opinionated woman if it means that one person out there sees that example and feels stronger for it.

I was incredibly lucky to have a huge pool of influential women to draw from as a child and teenager, and I continue to be surrounded be like-minded ladies who influence me in turn. If I can give that back to one or two people, I’ve done my job.

How do you think you’d fare if you started a new channel right now as opposed to five years ago?

I probably wouldn’t have a chance. Even if the platform was stable, it’s laughable how many creators of all shapes and sizes are getting messed about on a daily basis. Who would see it?

Would YouTube move the partnership goalposts again and make it even harder to qualify? Would my channel be instantly shut down from false flagging of copyrighted music in a game? Would another of YouTube’s figurehead content creators do something to cause an advertisement withdrawal site-wide?

It’s just far too unreliable at this point to trust that the site wouldn’t mess you about.

Do you think the YouTube's poor monetisation over the last year will eventually lead creators to hop over to other platforms, or is YouTube is too big to fail?

It’s already happened, a lot of us now view YouTube as a secondary monetary source and recoup our losses from merchandise, brand deals or other platforms. It keeps happening every time YouTube does something else without consulting its users, whether it affects a small group or everyone.

What are your personal highlights of your career so far?

There’s so many and they’re so varied! On the gaming front, I’ve been invited to E3 several times, done an escape room and obstacle course (badly!) and demoed gameplay onstage for large audiences.

Community wise, I’ve met some amazing people over the years and we’ve all had a great time hanging out as a group online.

On a slightly more professional level, it was an incredible honour to be nominated for “Influencer of the Year” at the recent MCV Women in Games awards - there are so many amazing women out there that I was stunned to even be in the shortlist.

What advice would you give to people looking to start a channel?

Get yourself over to Twitch! But seriously, if you don’t like the platform and are desperate to make it on YouTube, here’s what you need to know…