LX Xander: "The majority of people attracted to the music business don’t understand that it’s a business" 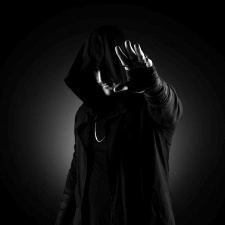 While every creative space is now immensely oversaturated, the music business may be the most overcrowded of all.

However, the rise of social platforms has meant that artists seeking to 'make it' don't need to succumb to the cogs of a record label.

Meet LX Xander, a spooky producer from the UK using the power of online influence to market and sell music to budding rappers, musicians and industry professionals, whilst doing whatever it takes to push his clients to the very top.

LX's name sits on records next to the likes of Future, Hopsin, and Snoop Dogg, and he shows no signs of slowing down.

We sat down with LX to discuss his methods, and why branding is so important in a world where everyone wants to be noticed.

Influencerupdate.biz: First off, talk us through what LX Xander is about.
LX Xander: My brand is centered around a spooky, hip-hop vibe; I try to walk the line between making dark music and fairly commercial pop-driven music at the same time.

I have two or three audiences that I reach out to. My bread and butter money comes from up and coming rappers and artists who will hire me or buy my compositions to make their own record. I also work a lot with other producers, providing PR and consultation services.

More recently, I’ve been focusing on working directly with major record labels and publishing companies, and getting more into that mainstream space.

What prompted you to start selling beats, what was your goal?
I basically just rage quit my job last year, actually. I was working in a school for kids with behavioural problems, getting chairs thrown at me on the regular and what not. I already had the site up but I hadn’t put that much time into it.

Without a job I was able to put all of my time into building it; I paid for some advice and promotion and just went as hard as I could. It’s really paid off, and it’s meant that I can use the money I’ve earned to reinvest in bigger projects further down the line.

Social media allows me to speak in the language of my customers.

A lot of your business wholly relies on maintaining a presence online. Why is it important to make the most of social platforms as opposed to traditional PR?
The work that I do specifically requires a very personal business model. Although I am essentially doing b2b sales selling a product to another business (the business being an artist) the brands in question are often just one person, or a small team.

A lot of them don’t really know how to develop their business. So the reason social media has been so successful for my business is it allows me to be reach out and have direct conversations with them.

Quite a lot of what I do involves ‘cold’ selling, but I use social media to effectively ‘warm’ the sale. A piece of advice I give in consultations is that every single social media post is essentially taking hundreds of potential clients by the hand, and leading them towards a sale.

If you’ve educated and gained the trust of a potential customer by the time you reach out to them, there’s much less negotiation to do because they’ve already decided whether they want to work with you or not.

Did you face any struggles trying to build Mydarkbeats?
I named it wrong at first. The name I picked first was too obscure and no one knew what the hell it meant. Mydarkbeats was a lot clearer and concise, and I realised pretty quickly it was going to work better.

It also took me a while to realise that I wanted my personal brand and my business brand to be separate entities.

Independent artists are influencers in their own right. Do you think streaming and video platforms could be doing more to support them?
I suppose so. The thing is about the music industry is that it always will be separate in it’s own way, compared to gamers and vloggers etc. That’s not to say that they don’t collide often, because they do, and there’s a lot of major artists now that were discovered through those mediums.

The nature of music is that the audience doesn’t want to hear something new, unless people are already telling them they should hear it. Even if there was a bigger platform to showcase artists, the medium is so saturated anyway that there’d still be a very limited number on show.

It goes back to the artist in the end, whether they can make the right business decisions and market themselves effectively. A lot of artists have no idea how to push themselves as a business.

The problem isn’t that there isn’t enough platforms supporting small artists, the problem is that the artists don’t know how to grow themselves and their brand respectively. The majority of people attracted to the music business, don’t understand that it’s a business.

What are the big do’s and don’ts of marketing yourself as a business?
The branding has to be consistent. Like, your branding has to be consistently on point and I can’t stress that enough. I didn’t realise how important that was until much further down the line. When I got started I just thought ‘Wow, I must be doing all the right things!’ but it was actually just down to the fact my branding is good.

Focus on individual depth of engagement. Speak to people, build relationships, network - that’s such a huge part of this. People generally dismiss the whole networking thing but it really is about nurturing the relationships you build with other people, especially at the start.

When it comes to promotion, be willing to experiment, and be willing to lose money. That sounds crazy, but seriously, don’t be so scared of losing money that you never try anything different.

Always be looking for the next step. A business is like a CV - there’s always room for new opportunities and investments.

What does the future of MyDarkBeats look like, and where do you plan to go from here?
I got some huge plans. I’m focusing more on working with the bigger organisations, whilst working to automate my lower priced tiers. I want to spend less time selling things that are cheaper and more time negotiating the bigger deals.

I’m toying with the idea of setting up some kind of production company that will release material from artists that I work with. A lot of the artists I work with are great, but they’re not necessarily radio-friendly.

I’d also like to move into making music for video games, and I’ve been poking around there for a while. A lot of my musical influences stem from atmospheric soundtracks; Dark Souls is one of my biggest creative influences, so the opportunity to create that kind of ambient, dread-fuelled music for a video game would be amazing.