Social networks must maintain their individuality to survive 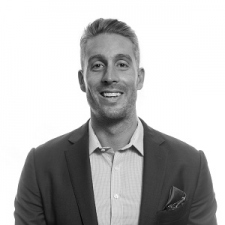 Aaron Brooks is the Co-Founder and Executive Director of Vamp, a digital startup which helps brands better connect with quality social influencers.

It was the definition of ‘too little, too late’ in Twitter form. Just an hour earlier Kylie Jenner had posted a more scathing tweet: "sooo does anyone else not open Snapchat anymore? Or is it just me... ugh this is so sad” and, despite her backtracking, the damage had already been done. She had sparked a unprecedented market value loss for Snapchat of $1.5bn.

The next day it was the turn of cosmetics giant Maybelline who asked Twitter followers whether they should still be using the app and revealing that their “views have dropped dramatically”. A familiar backtrack followed. The tweet has since been deleted and Maybelline insist they are committed to their “strong partnership with Snap”.

The ‘Kylie Jenner Effect’ is yet another blow for Snapchat and an unwelcome reminder of their user decline. Of course it would be easy to blame its downfall on the fact that Instagram Stories essentially took all of Snap’s winning functions and made them better, but that isn’t the full story.

Snapchat’s initial popularity was based on a set of very unique characteristics. It gave users a whole new way to communicate, with messages that disappeared after 24 hours within a platform which brands could not reach.

But while it was once built on stubborn values of shunning social influencers, high-bandwidth video, excluding adults with it’s difficult-to-navigate usability and an anti-algorithm - their reaction to the new competition from Instagram was a complete 180 in their strategy.

Future plans commit to building more distribution and monetisation opportunities for influencers, improving the experience for Android users and simplifying the interface.

While standing still is no longer an effective strategy, this overhaul is a huge deviation from the revolutionary Snapchat features loved by its early adopters. In the same way we place importance on the ability of influencers remain true to the personalities their followers value, apps must do the same. Sudden changes effect the authenticity of both.

A change of path

Snapchat’s new direction hasn’t gone unnoticed. Last year their redesign, which separated social and publisher content to stop "blurring the lines between professional content creators and your friends”, resulted in a petition with 1.2 million signatures demanding they reverse the change. A statement from Snapchat insisted the new layout was here to stay.

This latest Kylie/ Snapchat Twitter storm effectively demonstrates the importance of keeping influencers on side. Millennials expect direct communication with celebrities and influencers and will follow them to the platforms they use.

Inevitably new apps will rush to fill the gap left by Snapchat’s changes and chase Instagram’s market share. The latest contender attempting to lure such influencers is Vero, an app which appears to champion authenticity and chronological sharing while denouncing aggressive data collection.

While it was launched years ago, this backlash is no doubt helping it gain momentum. It will be interesting to see if they can maintain enough of this sense of individuality to succeed.