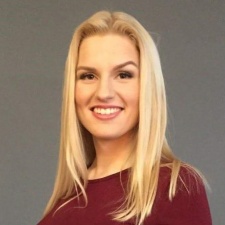 Today, it's hard to find marketers who have never heard of influencer marketing. Thanks to all the hype around influencers, this channel has become super trendy, making it an essential part of each marketing strategy.

In this article, Zorka.Mobi head of influencer marketing Regina Tsvyrova shares practical tips and her experience working with influencers from different countries.

Wide reach and numerous advertising formats make this tool enticing for many marketers. It can be used in performance campaigns with targeted actions like app installs, in-app purchases, etcetera, as well as in media campaigns where the most important metric is the audience reach.

In influencer marketing, the best performing source of traffic is YouTube. Therefore, in this article we will speak specifically about video content creators. You will learn how cooperation with influencers differs from country to country and what you need to keep in mind when using YouTube in marketing strategies.

This region has four main countries: US, UK, Canada, and Australia.

Thanks to numerous channels, the selection of influencers has skyrocketed. This region features almost all kinds of topics: from broad (funny videos, pranks, travel, challenges, reviews) to specific topics (chess, old games, etcetera).

Men, 25-plus. Here comes a spoiler: in most cases, the traffic cost for this target audience is the most affordable. Because of the content (explicit language, videos about guns, etcetera), some of these channels were ‘demonetised’. This means that influencers cannot enrol in the YouTube monetisation program and have to earn money from publishing advertising content.

Women, 25-plus. This is the most expensive traffic in the region. This cohort watches famous beauty, family, and fitness influencers. These channels make good profits with YouTube monetisation and can work without sponsors. Many influencers have contracts with large brands. It all leads to a significant increase in cost.

Women, 35-plus. They mainly watch channels about cooking, animals, weight loss and anti-age makeup. If your product is related to this target audience but doesn’t fit into the above-mentioned topics then the English-speaking segment is not the best choice.

The prices depend on:

The country of residence matters too. Due to the local level of income and a limited number of channels, the British and Australian influencers are more expensive on average than their American colleagues.

In this region, it is relatively hard to reach influencers. The response rate to your message will be just as low as five per cent, while only 1.2 per cent of recipients will agree to work with you.

Influencers from English-speaking countries, in 80 per cent of cases, work under contracts. They treat this process carefully and even consult with lawyers. When a contract is signed, they strictly follow the approved conditions and the brief.

Most influencers ask for a full or 50 per cent pre-payment.

Average CTR in the USA is a bit lower than in other countries because YouTube content is oversaturated with ads and the American audience pays less attention to them.

— From 20 to 70 per cent of installs come from organic traffic regardless of the region.

This region covers the Spanish- and Portuguese-speaking countries.

The amount of such channels totals to 17,500. The most popular topics are entertainment, tops (top 5, top 10), let’s plays (where influencers play PC or mobile games), lifestyle and cooking.

The states of the Latin American region are usually referred to as third world countries. The adult and payable audience is scarce; therefore, Latin America is unlikely to be suitable for campaigns focused on ROI. Hence the relatively low cost of CPM – $2 to $10.

Influencers in this region are more responsive and you can expect replies to your first message in 80 per cent of cases. Contracts are not mandatory, while influencers accept post-payment (when money is transferred after the release).

Influencers from Latin America are fine with changes in the brief during a project. Also, they work very quickly, so any campaign can be launched in just a few days after influencers are selected.

This region has relatively high CTR and the audience actively reacts to ad integrations. The cost per install is quite cheap, which makes this region ideal for soft-launches.

The core of this region is formed by the Russian-speaking countries: Russia, Belarus, Ukraine, and others.

Born in 2010, influencer marketing in Eastern Europe only saw rapid growth from 2016. This region features all kinds of topics and it is hard to pinpoint any. Lately, there have appeared many channels with high-quality content for adults.

The most active and highly paying audience are men, 25-plus. The CPM rate varies from $3 to $10.

If you don’t speak Russian, be ready to face communication issues. If you write in Russian though, influencers respond in 80 to 85 per cent of cases. The only exception to this is the top content creators. If you are not in direct contact, it is next to impossible to reach them.

In most cases, they don’t sign contracts, so making pre-payment is very risky. Moreover, prices on the market change fast and can increase by 30 to 40 per cent within just a month.

The French segment on YouTube counts about 3,600 channels. Among popular topics are technology, let's play videos and lifestyle stories. The French influencers negotiate only in their native language. By sending a message in English to 100 influencers, you will get only five responses at best.

Average CPM cost ranges from $10 to $20. Most influencers strictly follow the contract but easily agree to changes in the brief and can extend ad duration. Many influencers also accept post-payment.

The number and topics of popular YouTube channels in Germany are much similar to those in France. The segment counts 3,500 channels; with the most popular being let's plays, entertainment and automotive videos. By purchasing advertising from influencers in Germany, you additionally get a considerable part of the Austrian audience.

Influencers in Germany got used to working under contracts and strictly follow the brief as well as ads timing. The average CPM in this region is about $20 to $40 – two times more expensive than in France. It results from high taxes influencers have to pay.

Influencers prefer communication and project management in German. They treat the payment process very carefully and work on a pre-payment basis in most cases.

The size of the Dutch influencer market is relatively small – around 570 channels. The audience mostly watches entertainment channels and let's plays. The CPM rate is $7 to $15.

Among the distinctive features of YouTube in the Netherlands is the young audience. If you take a look at popular topics, it becomes clear why this region shows a high performance of game ads for the audience from 14 to 18 years of age.

Additionally, an increase of installs after advertising with top influencers can boost your game to the top in App Store in the Netherlands and Belgium, providing a free flow of organic traffic.

Contracts are not mandatory and post-payment is acceptable. Cooperation is also enhanced by influencers’ creativity and their easy attitude to legal details.

This is a bonus region here. We only started working with Japan recently, but we definitely have something to say about it. The size of influencer marketing is about 1,800 channels, with rather specific topics. Among the most popular YouTube shows are weird entertainments, pranks, pick-up videos, let’s plays of weird games and beauty blogs.

The CPM rate in the region varies greatly – $20 to $70. The price, in the first place, depends on the communication language (Japanese or English).

Influencers in Japan often work under contracts and accept payments only to accounts in local banks. They also do not like short ad formats (pre-rolls or integrations) and prefer to make exclusive videos of games.

The community of influencers is growing rapidly around the world. Rising demand for influencer marketing and our expertise in working with influencers on different platforms allows us to make realistic forecasts for campaigns even before they are launched.

In conclusion, we would like to share a few basic tips: consider the subtle differences, don’t be afraid to experiment, and your efforts will inevitably result in success.