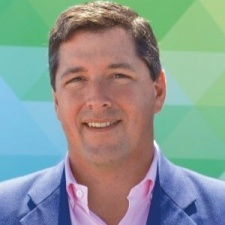 Jacobs boasts over 20 years of managing revenue streams inside the media industry. Prior to his role at Twitch, he was COO at global media brand FANDOM.

"Twitch is uniquely positioned to help marketers connect authentically and interact with audiences," Jacobs said. "At any given moment more than a million people are on Twitch.

"The audience is huge and growing, they're young, influential, difficult to reach, and deeply engaged. The live aspect gives marketers distinctive opportunities too as audiences experience programming simultaneously, at scale."

Twitch COO Sara Clemens added: "Twitch created an entirely new form of entertainment where the audience doesn't just watch, but is part of creating the experience,"

"We're thrilled to have Walker stepping into this important leadership role given his deep operational expertise in building and scaling global advertising businesses and experience with gaming and fan communities."

Jacobs joins a roster of new hires at Twitch this year. Back in September, the company welcomed three new roles, including a new head of diversity and inclusion.