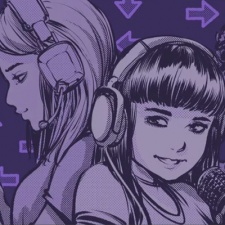 Twitch has announced a trifecta of new executive hires this week.

The platform welcomes Katrina Jones to the fold as its new head of diversity and inclusion. Jones has worked in the human resources sector for 10 years, fulfilling a similar diversity-orientated role over at Vimeo.

She'll report to Sundarshana Rangachary, Twitch's new chief human resources officer and the second hire to be announced this week. Rangachary has worked in HR for over 20 years, more recently fulfilling the role of VP of HR at Gap Inc. Both her and Jones will begin work at Twitch on September 17th.

Twich's third hire is a new chief financial officer, which will be filled by Michelle Weaver. Weaver boasts over 25 years of finance experience working with several notable companies, including Hired and Stich Fix. Weaver also spent six years as CFO at Electronic Arts. She'll begin her role at Twitch on October 1st.

“Their collective expertise scaling global businesses and building engaged, high-performing teams will help ensure we can continue to deliver the best experience in multiplayer entertainment to our growing, global community.”