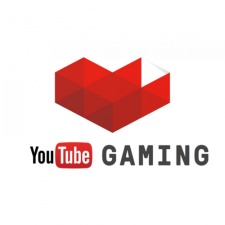 YouTube is introducing a new way for its gaming stars to make money: sponsorships. But in this case, the money will come from fans rather than brands.

Google's video service has clearly been watching some of the moneymaking tools for influencers on Twitch, particularly those that revolve around giving viewers a way to stand out in online chat sessions around videos.

"With sponsorships, fans can purchase digital goods directly from your channel and support you via monthly recurring payments of $4.99," blogged YouTube product manager Barbara Macdonald.

"Sponsors get cool insider perks, such as a custom badge for live chat that will help them stand out from the crowd and custom emoji. These badges and emoji are designed by you for your fans. As you gain more sponsors, you will unlock more emoji to be used on your channel."

GameAttack, Rocket Beans and One Shot Gurl are three of the channels to have tested the new feature before its wider rollout, with Macdonald reporting that Rocket Beans signed up more than 1,500 sponsors on the first day of offering the feature.

Anyone with a gaming channel that's enabled for livestreaming; monetised; has more than 1,000 subscribers; and is aged over 18 can sign up to use sponsorships.

As one option launched, another shut down: YouTube is canning its existing subscriptions feature where individual channels could charge viewers a monthly fee.

"With less than 1% of creators using it today, it never achieved popularity with creators or users," wrote Macdonald. For gamers using YouTube as their main platform, the new sponsorships look well worth investigating.

YouTube is also planning to test something similar to sponsorships for non-gaming creators on its service too in the coming months, so other kinds of influencers could soon be making use of them.