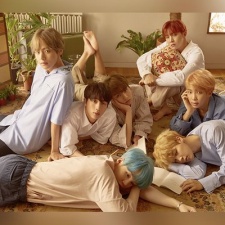 A typical tweet from a big gaming influencer like PewDiePie tends to do anything between 5k and 50k retweets. Impressed? Wait until you see the stats of K-Pop boy-band BTS.

They've just been included in this year's Guinness World Records book for setting a new milestone for 'most Twitter engagements for a music group'.

Huffington Post explains that the seven-member group averages 252.2k retweets per tweet, a long way ahead of their closest competitor Harry Styles, who averages 165.5k retweets.

Note, this figure is for just one of the band's official accounts, @BTS_twt, which has 10.1 million followers. Their other account @BTS_bighit – their Korean-language presence on Twitter – averages 72.7k retweets per tweet.

It's a reminder that while there's a narrative in the marketing industry about native social stars having more online clout than 'traditional' celebrities from the music, TV and film worlds, some pop acts in particular have the kind of engagement that puts even the biggest influencers in the shade.