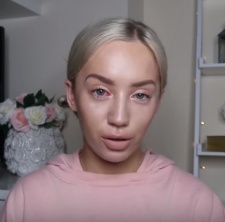 A hotel in Dublin has banned YouTubers and Instagram personalities from staying with them, after a vlogger asked for a free stay and was upset after being refused.

22 year old vlogger Elle Darby - who boasts 87,000 YouTube subscribers and 76,000 Instagram followers - contacted The White Moose Café, asking if they were interested in a “possible collaboration.”

In an email to the Dublin hotel, Darby wrote: “I work as a social media influencer, mainly lifestyle, beauty & travel based."

"As I was searching for places to stay, I came across your stunning hotel and would love to feature you in my YouTube videos/dedicated Instagram stories/posts to bring traffic to your hotel and recommend others to book up in return for free accommodation.”

In return Paul Stenson, The owner of The White Moose Café, posted an open letter to social influencers on Facebook, with Darby's original email pictured beneath.

"Thank you for your email looking for free accommodation in return for exposure. It takes a lot of balls to send an email like that, if not much self-respect and dignity." The post read.

"In future, I’d advise you to offer to pay your way like everyone else, and if the hotel in question believes your coverage will help them, maybe they’ll give you a complimentary upgrade to a suite."

Darby retaliated to the post with her a vlog on her YouTube channel, stating she was upset over being exposed by the hotel, and being referred to as a 'disgusting freeloader' by people online.

She then refers to the hotel as 'a group of people who don't understand the social media world' and that it 'makes her sad to see that most of these derogatory comments were from the older generation'.

Darby then comments on how she has to 'work her arse off' in order to secure endorsement from companies.

In response to Darby's video, The White Moose Café issued a statement saying all bloggers and social media influencers are banned from their premises.

The post states that 'the sense of entitlement in is too strong in the blogging community' and 'we never thought we would be inundated with negative reviews for the simple reason that somebody was required to pay for services rendered'.

'The girl in question was never identified in my original post, but she herself went on to create a video explaining how she was "exposed" with "malicious intent" for asking for a freebie.'

'This kind of victimisation is very prevalent in the blogging industry and is in keeping with the general modus operandi of waiting everything for nothing.'