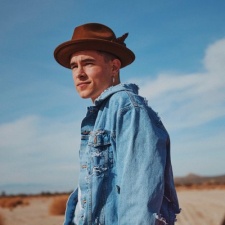 Yet another YouTuber has been caught making racist remarks on video.

A video showing Kian Lawley using the n-word and making derogatory remarks was recently posted to YouTube, although it has since been removed. As a result, 20th Century Fox has confirmed to CNN that it has dropped Lawley from its upcoming movie The Hate U Give, in which he was due to star.

“Due to the controversy surrounding his past comments and behaviour, Kian Lawley will no longer appear in The Hate U Give,” it stated. “The studio plans to recast the role of Chris and reshoot scenes as needed.”

The YouTuber has since come out and apologised for the comments. He now joins a growing number of video stars who have bravely committed to becoming a bit less racist every day.

“I am deeply sorry to those that were effected [sic] by my choice of language,” he said on Twitter. “I understand that I am in the public eye & have many supporters, but none of my actions that took place should be supported. Words have power and can do a lot damage. I own mine and I am sorry.

“I respect Fox’s decision to recast this role for The Hate U Give as it is an important story, and it would not be appropriate for me to be involved considering the actions of my past. I understand the impact and I have grown a lot and learned since then.

“With that being said, I am fully aware of the mistakes I have made and strive every day to become a better me than I was yesterday. We all have a voice, whether it’s big or small, we need to use it to spread love & light. From now on, I plan to use my voice for positive change.”