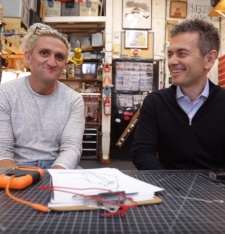 YouTube vlogger and filmaker Casey Neistat sat down with YouTube's Robert Kyncl this week, to discuss a number of controversies surround the platform.

The video service has been the topic of conversation for a while now, due to how it has handled a number of issues over the past few months.

The most prevalent of these issues being Logan Paul. YouTube was slow to respond to one of its brightest stars blatantly disregarding its community guidelines, after Paul uploaded footage of a dead body to his channel.

According to Neistat, he reached out to Kyncl around this time and suggested that he use the platform itself as "a way to communicate YouTube's positions on these events, and it's outlook for the future."

Neistat opens the interview asking about the Logan Paul/Suicide Forest event. He points out that there were nine days between the video going live and YouTube responding.

Kyncl's says that YouTube issued a press statement within 24 hours of the video being taken down, but took a little longer to formulate a social response.

"With Logan and a lot of his projects, there are hundreds of people involved who's paychecks rely on it, so we don't want to make a rash decision that impacts so many people's livelihoods." Kyncl added.

Youtube recently upped the parameters for monetisation on the platform. Creators now have to garner 4000 hours of watchtime to be eligible for the partner program. Neistat asked Kyncl how he's responding to the smaller creators affected by this change.

"We think that this level is high enough for us to learn about a partner, so that we can turn ads on them and not disappoint advertisers," Kyncl responded. "At the same time, we don't want it to be so far out that it feels unattainable."

Neistat rounds off the 19 minute interview inviting Kyncl to share some thoughts on what matters to the platform, what it stands for, and what to expect from the company in the future.

Watch the full interview below.