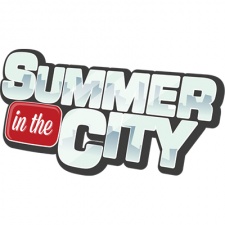 UK YouTube and online video festival Summer in the City has announced a new feature for this year’s event called ‘International Vlogging Day’.

It’s all pretty simple and essentially wants to encourage new folks to upload videos of themselves chatting or otherwise performing in front of a camera. Or in the words of the organisers: “This will be an annual celebration of online creators and their work, and a day to encourage more people to share their stories with the world.

“With so much of the news cycle focused on the negative and the divisive, we believe that the act of telling stories, of sharing ideas, and of listening to others, has a major role to play in increasing the empathy and understanding required to stand up to the challenges we face in the 21st century.

“For parents and those unfamiliar with online culture, the day aims to help them understand vlogging and show the positive impact it can have, such as making friends, learning new skills and building confidence, while also sharing insight to help combat the negative elements that can come with social media."

To take part, you simply need to upload a video of yourself doing just that on August 10th and tag it with #VloggingDay. Some tutorial videos will be rolled out in the run up to the event.

Summer in the City takes place between August 10th-12th this year at the London Excel. This year marks its 10th anniversary.