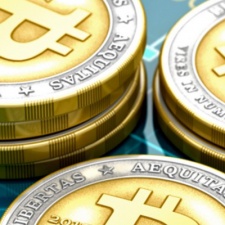 The available advertising bandwidth for new cryptocurrency startups has been significantly reduced once again.

Twitter has now followed in the footsteps of Facebook and Google in planning cryptocurrency advertising restrictions to protect consumers from potential fraud.

They will restrict ads for initial coin offerings (ICOs), cryptocurrency exchanges and wallet services. Companies listed on major stock markets will be exempt from the ban.

This follows a spate of fake Twitter accounts impersonating figures such as Elon Musk and Donald Trump that encouraged users to donate bitcoin to specific wallet address with the promise of future rewards.

“We are committed to ensuring the safety of the Twitter community,” a Twitter spokesperson told VentureBeat. “We will continue to iterate and improve upon this policy as the industry evolves.”

The new guidelines will be put in place over the next 30 days. Facebook’s ban came into effect in January while Google’s will be rolled out in June.

Reuters reports that regulators have intensified their warnings about bitcoin and other virtual currencies, saying that they are “highly speculative” and “could become fraudulent”, and that investors must be aware there is a very real chance they will lose all of their money.

Indeed, a recent article on Bitcoin.com offered the following summary: “In the time it takes you to read this sentence, $850 will have been lost to cryptocurrency scams. Phishing; fraud; theft; hacking; it’s all rife. In the first two months of 2018, there were 22 separate scams involving thefts of $400,000 or more.

“Put it all together and that equates to an average of $9.1 million a day. Oh, and that doesn’t include 2018’s outliers – Coincheck, Bitconnect, and Bitgrail. Otherwise, the total would actually stand at $23 million a day.”

However, an international effort to devise a unified regulation strategy last week failed to reach a consensus. Even the possibility of regulation has the crypto markets spooked, however, with Bitcoin having halved in value since its peak in December.