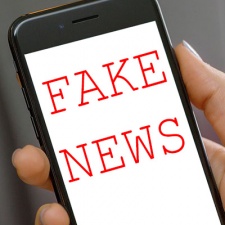 Courts in Malaysia have for the first time sent a person to jail using powers afforded by new fake news laws.

The Guardian reports that 46 year old Salah Salem Saleh Sulaiman, who is a Danish citizen, was found guilty of spreading fake news after posting a YouTube video in which he claimed that police took 50 minutes to respond to a distress call after the shooting of a Palestinian lecturer last month. Police records suggest it took only eight minutes to respond.

Sulaiman argued that his video was posted in a “moment of anger”, adding: “I agreed I made a mistake... I seriously apologise to everybody in Malaysia, not just in the Malaysian police."

However, the court upheld the charge which argued that he had “with ill intent, published fake news through a video on YouTube”.

The Anti-Fake News Act can be applied to either video or audio and is intended to target “news, information, data and reports which is or are wholly or partly false”.

Malaysia’s new fake news laws have been criticised by some for fear that that they will be used to quash reporting of the corruption scandal currently engulfing Prime Minister Najib Razak.

Facebook is upping its fact-checking game before India general election