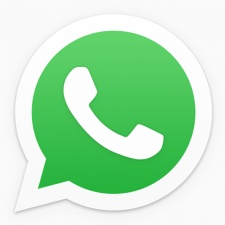 WhatsApp is now the most popular messaging service, according to Facebook's Mark Zuckerberg.

WhatsApp is also set to add a number of features commonly found on other messaging services. The platform will soon see the addition of stickers from third parties, as well as the option of group video calling. Zuckerberg also announced that a video calling function will soon appear on Instagram too.

The messaging service launched WhatsApp Business back in January. The service aims to encourage companies and organisations to list their contact details within WhatsApp itself and be able to communicate efficiently with clients and customers.

Businesses are also able to tools to send out offers and updates pertaining to their business through the app, directly to customers. However, they're only able to send out communication to contacts who have agreed to accept it.

While the service is currently free, WhatsApp has said it may lean in to charging bigger brand such as mobile carriers and airlines that will conduct customer service and commerce through the messaging app. The feature works like a Facebook page - just through WhatsApp instead.

Nothing in set in stone, but this sway towards monetisation could lead to WhatsApp becoming a new hotspot for influencers to market themselves and their products too.

Over three million companies are now registered on the WhatsApp Business network.