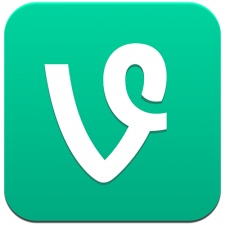 The return of six-second video service Vine could be dead in the water.

Vine founder Dom Hoffman has said that unspecified financial and legal hurdles mean that the planned launch of Vine 2 has been postponed indefinitely.

“When I announced that I was working on a follow-up to Vine, I also (perhaps foolishly) announced that it would be a personal project and personally funded,” he said in a statement that can be read in full below.

“I underestimated the amount of enthusiasm and attention the announcement would generate. The interest has been extremely encouraging, but it has also created some roadblocks. Taking into account a larger-than-expected audience, we now know that the estimated costs for the first few months alone would be very high, way beyond what can be personally funded.

Show him the money

“Long story short, in order to work, the V2 project needs to operate as a company with sizable external funding, probably from investors," Hoffman added. "This is potentially solvable, but it’s going to take time for the space and resources to become available.

“The code and ideas still exist, but until everything else comes together, we can’t move forward. Again, this is indefinite, which means that it could take a long time. But it’s necessary. I’m very, very sorry for the disappointment. If it’s any consolation, I think it would have been even more disappointing if this service had been developed and released incorrectly, which is where we were headed. I’d like for us to get it right.”

Vine was founded and then very quickly acquired by Twitter in 2012. It launched early the following year and amassed some 200m or so users in its first two years. However, Twitter disabled new Vine uploads in 2016, effectively killing the service.