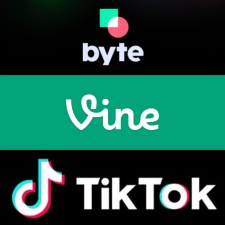 This weekend saw the launch of Byte, the anticipated spiritual sequel to video looping app Vine, which took mobile devices by storm between 2013 and 2016.

Vine co-founder Dom Hofmann first unveiled Byte in December 2017. Back then it was simply dubbed as 'Vine2' but the development hit 'financial and legal snags' throughout the following year.

Hofmann picked up development again last year and the app was successfully released as Byte on January 25th 2020.

Back in Vine's day, there were no other serious competitors on the market. However, in 2016, Chinese developer Bytedance (which is not affiliated with Byte) released video app TikTok. The app launched in Asia as Douyin, before hitting international markets as TikTok in 2017. Bytedance also purchased lip-syncing Music.ly that year and merged its predominantly US userbase with TikTok.

TikTok went from strength to strength in the west, racking up millions of installs in its first year with support from numerous celebrities, including Jimmy Fallon and Tony Hawk. In December 2019, it soared past 1.5 billion installs across Google Play and the App Store.

The success of TikTok even inspired Facebook to release a copycat app - Lasso. Lasso dropped in November 2018 and is currently only available in the US. According to Sensor Tower, Lasso has been downloaded over a million times since launch and its scheduled to hit India later this year.

While TikTok is leading the video loop market by a significant margin, the return of Vine is stirring interest from those who are yet to pick up TikTok.

According to data from Sensor Tower, the Byte app was downloaded more than 780,000 times across the App Store and Google Play over its launch weekend. Around 75 per cent of those installs came from the US.

When Vine launched in January 2013, it was downloaded 105,000 times in its first few days on just the App Store. For context, it wasn't released on Android devices in June 2013.

Music.ly's launch was somewhat pitiful compared to Byte and Vine - racking up just 8,000 installs in its entire launch month of August 2014.

Byte is doing bigger numbers in 2020 for myriad reasons. For one, more people just own smartphones now. According to Statista, 1.57 billion people worldwide were using smartphones in 2014. That number increased to 2.7 billion in 2017 when TikTok launched and was 3.2 billion by the end of 2019. More smartphone users generally equates to more installs for social apps.

Another significant change to the market is the growth of the mobile industry in India. In 2019, India was the second-biggest country for smartphone usage, with over 345 million residents using a mobile device. The top country was China, with a huge 851 million smartphone users. For comparison, the US ranked third with 260 million users, and UK came tenth with just 55.5 million.

Geographically, India has been the driving force behind the majority of TikTok installs during 2018 and 2019. Around 31 per cent of all downloads across the two stores came from the country in 2018, followed by China which accounted for a much lower 11.5 per cent.

Byte has resonated well so far on the US market, but it really needs to dig its heels into Chinese and Indian markets to really compete with TikTok on a global level. Just how well it can do long term standing next to Bytedance's behemoth remains to be seen.