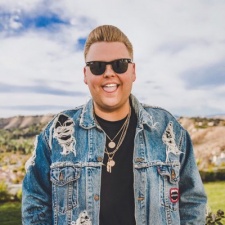 YouTuber and internet personality Nick Crompton has parted ways with Team10, the gaming group led by Jake Paul. You might recognise him frrom 2017's hit sensation 'England is my city'.

Crompton was formerly chief operations officer at the company. He announced his departure in a statement via Twitter on Friday.

"Due to internal changes being made within our various businesses that I don't agree with, I have resigned both as chief operations officer and as talent," Crompton wrote in the post.

"I still love my Team 10 family but the vision for the business, people involved and direction it's going in, no longer makes sense to me."

Crompton still regularly uploads to a personal YouTube channel with 479k subscribers, and has an Instagram with a sizeable 2.2 million followers. He also mentions in the statement that he has "new projects in the pipeline if any investors are interested".

Prior to his role at Team 10, Crompton co-founded social media marketing agency Social Chain in 2015.

It's time to move on from Team 10. pic.twitter.com/8CrDcOTzmH