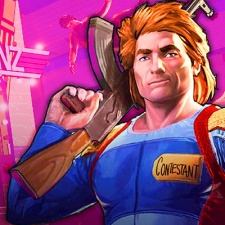 The studio behind Fortnite and Playerunkown's Battlegrounds rival Radical Heights has folded.

Its demise marks a remarkable period for the studio. In April it announced that its first big title, online multiplayer shooter LawBreakers, was being shut down.

LawBreakers was by all accounts reasonably well regarded, but its inability to break into a space dominated by games such as Overwatch resulted in consistently low player numbers.

Boss Key’s response? To launch a new battle royale game to try and compete in a space dominated by Fortnite, which is one of the biggest games in the world, and PUBG.

Cynicism aside, it might have worked had Radical Heights offered something different. However, despite some really quite baffling hyperbole from some parts of the press, the truth was that Radical Heights had two big problems – it was released far, far too early and offered precisely no reason for players to choose it over the competition. We’ve discussed all this before.

Essentially, despite some early success on the back of a handful of big streamers, interest in the game quickly tailed off and, presumably, revenues were non-existent.

To close one game, release another and then close your studio in the space of a month is quite something, and Boss Key head CliffyB admits that a lot of mistakes were made.

“Four years ago I set out to make a world class video game studio and I hired some of the best talent in the video games industry. They worked tirelessly to produce quality products and, while we had our ups and downs, I’d like to think we had fun doing it,” he said.

“LawBreakers was a great game that unfortunately failed to gain traction and, in a last ditch attempt we scrambled to do our take on the huge battle royale genre with Radical Heights which was well received, however, it was too little too late.”

Machinima shuts down and axes over 80 jobs in the process

Radical Heights’ honeymoon period may already be over as numbers plummet