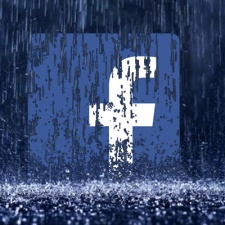 The popularity of Facebook among younger uses is dwindling as an increasing number instead turn to rival social networks.

Numbers from Pew Research show that while 71 per cent of US teens (aged 13-17) claimed to use Facebook in 2015, which at the time made it the dominant platform, that number has now fallen to 51 per cent in 2018.

Noted the report: “For the most part, teens tend to use similar platforms regardless of their demographic characteristics, but there are exceptions. Notably, lower-income teens are more likely to gravitate toward Facebook than those from higher-income households.”

Down with the kids

32 per cent say that, of the social networks, they use YouTube most often, although Snapchat ranked highest in this measure at 35 per cent. Instagram was most popular with 15 per cent while just 10 per cent said Facebook was their most frequented. Three per cent named Twitter as their most used network.

An amazing 95 per cent of teens now have access to a smartphone, up from 73 per cent in 2015. 45 per cent report being online more or less constantly.

Noted the report: “It is clear the social media environment today revolves less around a single platform than it did three years ago.”

The numbers really highlight just how important Facebook’s acquisition of Instagram has been for its US young user base.