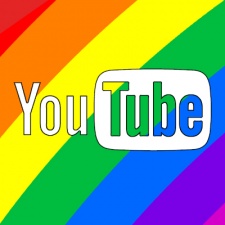 YouTube has kicked off Pride month by infuriating its LGBT creator community.

A video ad by Alliance Defending Freedom, which is a legal firm with a terrible track record of attacking gay rights, has been seen running on YouTube – and at times it has run alongside LGBT content. Forbes reports that the ad has so far been seen on channels including BuzzFeed and PewDiePie.

Other ads have also been spotted, including one by conservative commentator ASKDrBrown which cites the bible in arguing that homosexuality is a ‘sin’.

Were this not enough, The Verge reports that problems with content from LGBT creators being demonetised persist a year after the problem was first highlighted.

YouTube has historically said that the issue relates to content filters incorrectly identifying the subject matter as problematic and flagging up any related videos. If it is an error, however, then it remains unfixed.

Trans creator Charlie Ross claims that he still fights with demonetisation problems daily, with older videos still routinely being flagged up. He’s even had some videos pulled entirely. Ross believes that the inclusion of the word ‘trans’ in video titles still acts as a flag, even if the intention of YouTube’s systems is to catch anti-LGBT material.

YouTube, however, argues that this is not the case.

“We do not have a list of LGBTQ-related words that trigger demonetization, and we are constantly evaluating our systems to ensure they are enforcing our policies without any bias,” the company said.

“We use machine learning to evaluate content against our advertiser guidelines. Sometimes our systems get it wrong, which is why we’ve encouraged creators to appeal. Successful appeals ensure that our systems get better and better.”

YouTube claims to have reached out to Ross in an effort to fix the situation, although this does not yet appear to have happened.

“I really hope they do and I hope we are able to talk about what is happening and how to make it better,” Ross added. “I don’t think YouTube is doing this on purpose, but I think its something they really need to pay attention to.”