Facebook to clone music.ly to try and win back young users 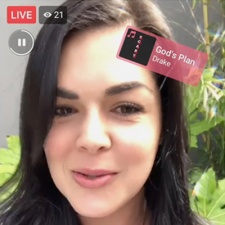 Facebook is to launch what appears to be a direct copy of lip-syncing service music.ly.

Recent data suggests that interest in Facebook among younger demographics is plummeting. It’s perhaps no surprise then with 200m registered users and 60m monthly active users, music.ly has seemed an obvious lead to follow. Music.ly allows folks to record themselves singing along to songs or syncing along to humorous skits.

Facebook’s Lip Sync Live comes on the back of widespread licensing deals that will allow users to post content using copyrighted music without the fear of it being deleted. Artists and record labels will be compensated when their content is used, although rates have not been made public.

Facebook is not going as far as introducing a tool that will allow users to integrate licensed music into their streams or creations, but the change should at least protect users in some instances where music is either playing in the background or has been added by other means. This functionality has been teased for the future, however.

Another thing which puts Facebook’s service at a disadvantage is that using its lip-sync service requires a user to go live, instantly notifying their friends. In the world of young kids and social anxiety, this will likely be a bigger barrier than Facebook realises.

A further issue may be that while music.ly is largely left alone by us olds, Facebook is riddled with us. Kids may see the choice between the two as partying with their friends or being forced to perform at a family reunion.