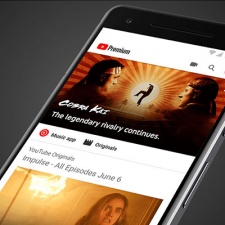 YouTube Music offers, in the company’s words, “not just music videos, but official albums, singles, remixes, live performances, covers and hard-to-find music you can only get on YouTube”.

There’s also a new recommendation engine, a range of playlists, smart search, chart lists and, crucially, ad-free listening. Music can either be streamed or downloaded.

YouTube Premium, which replaces YouTube Red, includes all of the above but adds video into the mix. YouTube Originals programming is also bundled in featuring the likes of Cobra Kai, Impulse, F2 Finding Football and The Sidemen Show.

Many have speculated that YouTube Music will eventually replace more traditional music service Google Play Music, although Google insists that “nothing is changing” with that service and that “you'll still be able to access all of your purchased music, uploads and playlists in Google Play Music just like always”.

Reports will have you believe, however, that Play Music will be dead by either the end of this or next year.

The services were already available in the US, Australia, New Zealand, Mexico and South Korea. This new launch brings in the UK, Austria, Canada, Finland, France, Germany, Ireland, Italy, Norway, Russia, Spain, and Sweden. New users get the first three months for free.

Nearly half of the world's music consumption happens on YouTube, but the platform dawdles behind competitors