Facebook head of news products is setting sail for The Atlantic 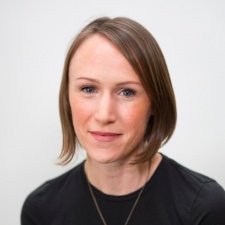 Facebook's head of news Alex Hardiman is heading back in to media after a two year stint at the social media giant.

Hardiman will move on news outlet The Atlantic, joining the ranks there as chief business and product officer.

This isn't Hardiman's first foray in to media; prior to her time at Facebook she worked at The New York Times. She left that role in the summer of 2016, hopping over to Facebook's page's team.

“As The Atlantic continues to grow, Alex will bring extraordinary innovation and creativity to our businesses,” said The Atlantic president Bob Cohn in a release.

“Her leadership positions at both Facebook and The New York Times give her an unrivaled perspective on digital media, and her audience-first focus will sharpen the appeal of our work. All this will serve us extremely well as we aggressively expand our ambitions for 2019 and beyond.”

Speaking about her new role, Hardiman added: “When I met with The Atlantic and Emerson Collective teams to learn about the next phase of investment and growth, I already knew how much of a privilege it would be to join them.

"In my new role, I’ll be partnering with teams across The Atlantic to create digital products that people love, grow the company’s consumer revenue line and transform The Atlantic from a media-centric organization to a leader in media and product. After having built products with hundreds of news organizations at Facebook from the outside, I’m particularly excited to return to tackle these opportunities with The Atlantic from within.”