Negative is the new chic according to some beauty influencers 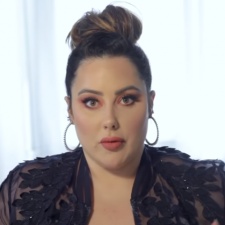 The beauty community is one of the biggest parts of the influencer market and for the most part, you would expect creators to be signing deals with companies to promote their products in a positive manner.

However, it has been made apparent that this isn’t always the case; a makeup artist explained in an Instagram post that a brand approached him to negatively review a opposing company in a deal labeled at between $75k-$85k.

The influencer market is a very competitive environment and many companies have been struggling as of late. Makeup Geek CEO, Marlena Stell posted a video on August 27th stating how her makeup company has had a difficult year.

“We haven’t been supported by influencers because we haven’t paid them massive amounts of money,” Stell explained in the video.

A series of rules implemented by the Federal Trade Commision state that any paid posts created on social media have to be made apparent to viewers of the posts. Users on various platforms such as YouTube and Instagram have sidestepped these strict guidelines in the past.

A number of influencers have commented on the accusations, including James Charles who denied the claims, saying in a tweet that “I’ve never heard of this happening and believe what you want, but most of us do disclose sponsorships.”

This conversation carried on into August 29th when Pretty Pastel Please posted a video on YouTube agreeing with what Bennett claimed on the post and saying that this information is “100 per cent true.” This video is the start of a series entitled “The Secret World of Influencers.” Part two of this series was posted earlier today.