Sales at Fashion outlet Revolve are primarily driven by influencers 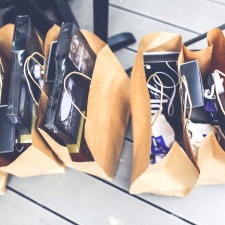 We've all seen those highly edited, well-shot Instagram adverts, but do they actually work? Revolve definitely thinks so.

In fact, the online fashion outlet has said that influencers account for almost 70 per cent of the company's overall sales figures. Revolve was expected to make $1b in sales last year.

The premise is as simple as any other brand deal, influencers are offered free items and/or money, and they're expected to provide appealing adverts to promote the brand.

Revolve is no stranger to influencer marketing. The company has reportedly been sending free items in exchange for promotion since 2009.  It's now amassed a cool 2.4 million Instagram followers too.

“We saw influencers as a direct pipeline to our customer," Gerona said.

"Our question is always: Are these people resonating with who we want to resonate with?” said Gerona. “We focus on millennial female consumers, and none of them are looking at magazines anymore, so we looked to who that customer was listening to.”

Revolve takes care of its influencer strategy directly, instead of hiring an external agency. This ensures that the company knows exactly who to work with. The in-house team of five influencer relations can also track the engagement rates of creators, measure their potential reach, and match them with upcoming campaigns based on their style.

The company can also use the correlated data and information to scout for new talent to represent the brand, including rising talent. Their in-house proprietary technology platform will track smaller Instagram accounts and observe their growth, which then helps Revolve decide who to approach.

This not only helps rising stars to grow, it lets Revolve cultivate a relationship with influencers, one based on mutual growth and reward rather than a financial transaction.

“They’re [influencers] speaking to our customers in a way that amplifies that message tenfold, because they’re doing the same thing we’re doing everyday - promoting the brand, the lifestyle, the clothes - but on a personal level.” Gerona added.