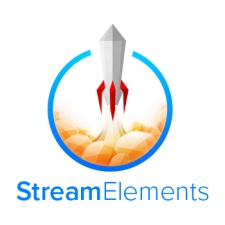 SE.Pay will allow viewers to use credit/debit cards to make donations to a Twitch streamer or YouTuber. It's a free tool with low transaction fees currently available to creators in the U.S.

The resource has been made in collaboration with StreamElements partner AdYen. The payment-processing firm held a successful IPO back in June.

The majority of viewer donations on Twitch and YouTube currently run through PayPal. However, PayPal itself comes with a few issues, the most prominent being its chargeback system.

If someone disputes a transaction from their account, PayPal will force the recipient of the transaction to refund it. This can lead to streamers losing out on donations or having the amount

“The growth of live streaming and its maturation into a multi-million dollar industry for streamers caught many by surprise and, as a result, much of its infrastructure has not kept pace,” StreamElements chief executive officer Doron Nir said.

“The process for accepting tips in all forms other than PayPal is so painful that many streamers are leaving significant money on the table.”

A competitor to PayPal is certainly something to keep an eye on. And in theory, a platform like StreamElements could benefit from streamers looking to avoid PayPal.