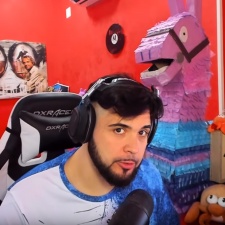 Fortnite aficionado Ninja is back on top of the most watched list this week after a 29 per cent increase in views. The blue-haired superstar has knocked Riot Games down to second place.

DreamLeague and OverwatchLeague are both new entries this week, landing in third and fourth place respectively. Both of this Twitch channels are providing coverage for the ongoing Dota 2 and Overwatch esports tournaments.

Blizzard's official Warcraft Twitch channel is a new entry at fifth this week. The channel was providing coverage of the WoW Arena Worlds Championship event that took place at BlizzCon this weekend.

Shroud is still sitting in sixth place with a small but sweet 2 per cent increase in views this week. Twitch channel DreamHackDota2_RU is a new entry at seven, providing coverage of DreamLeague season 10.

YouTube gaming channel RedFury is in eighth place with a huge 357 per cent increase in views. The channel looks to be Fortnite-focused with compilations and coverage of events.

LoL Esports is in ninth place after a 15 per cent decrease in views, and YouTube channel Nick Eh 30 is closing the chart with a 14 per cent drop in views since last week.

YouTube gaming channel Myphex is leading the followers chart this week. The Fortnite-focused channel has experienced a 91 per cent increase in followers. It's interesting to note that back in September, this channel only had 284 subscribers. Two months later, it's closing in on 250k. Mental.

Myphex is followed by Areas De Testes, a Brazilian YouTube channel that makes weird science videos. We had a deeper dive into this and according to Social Blade, this channel gained 122k followers in a day, so we're probably going to discount it for hacking.

The trending by views chart is headed by Overwatch's official YouTube channel. The launch of a new hero this weekend saw fans of the game flock to watch the announcement video and its accompanying animated short.

Myphex and Redfury are also new entries to the chart, alongside CiccioGamer89 (main image), a Spanish YouTube streamer focusing on Fortnite.