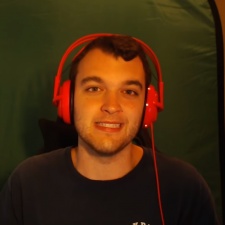 Riot Games' Twitch channel leads the chart for the third week running,  with an additional 30 per cent view increase. LoL Esports' YouTube channel is up in second place.

Battle royale boys Ninja and Shroud are in third and fourth place, both with a 4 per cent decrease in views this week.

Vietnam Esports on YouTube is up another 13 per cent this week, moving into fifth place. Views for Tfue on Twitch have dropped 4.8 per cent which looks like a natural decline from the 52 per cent burst he experienced last week.

NoahJ456 (main image) is a new entry this week with an impressive 60 per cent increase in views. Twitch's LCK_Korea is also a new entry with League of Legends esports coverage, and YouTube's TheGrefg is closing the chart with a 38 per cent view increase on Fortnite content.

Twitch channel H1ghsky1 is leading the followers chart this week. Frequent Fortnite content has seen the channel experience a 94 per cent increase in followers.

Other entries this week include MrRoflWaffles - a UK YouTuber making Call of Duty content. Additionally, the official AngryBirds channel has made a surprising yet welcome appearance with the return of it's Iron Maiden questline.