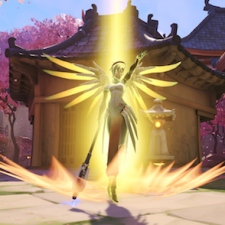 As always Fortnite reigns supreme, but it has experienced a 1.75 per cent view drop this week. League of Legends is in second place but is lagging a significant 14 million hours behind the battle royale behemoth.

Red Dead Redemption 2 has crept up to third place this week despite an 11 per cent drop in views since last week. While Rockstar's latest opus is thriving, its unlikely to dethrone LoL or Fortnite.

Call of Duty: Black ops 4 falls to fourth place this week with a 16 per cent decrease in views since last week. PUBG is close behind in fifth place.

Dota 2 sits in sixth place for another week, with CS:GO hot on its heels. CS:GO had a 14 per cent burst in views this week which could see it take over Dota 2.

World of Warcraft is in eighth place this week with an impressive 48 per cent increase this week, and Overwatch has made it back on to the chart in ninth with an even bigger 65 per cent increase in views. Blizzard hosted it's annual BlizzCon event this weekend which may have caused a slight resurgence in the company's titles. Activision Blizzard is also the strongest games company on Twitch all round.

Lastly, FIFA 19 brings up the rear. The annual football instalment enjoyed the biggest launch of the year but it seems to be struggling under the weight of fresher titles as Q4 rolls on.