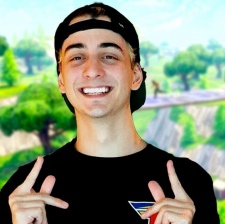 There's not a whole of movement in the chart this week. League of Legends developer Riot Games is topping the most-watched channels for a second week as Worlds 2018 rolls on. Ninja is still in second and will probably stay there.

YouTube channel LoL Esports is still in third place providing Worlds coverage. Twitch favourite Shroud has had a good week with an 83 per cent spike in views this week. Shroud dropped a little last week playing Assassin's Creed: Odyssey, but is back on top form with COD: Black Ops 4.

Fortnite streamer Tfue has dropped one place to fifth, but still had another 52 per cent increase in views this week. YouTube's Vietnam Esports is still in sixth place.

Twitch channel Dota2mc_ru is a big entry this week with a huge 319 per cent increase in views as qualifiers for the Kuala Lumper Major continues.

Closing the chart is Twitch's Starladder_CS_en with a whopping 542 per cent increase in views this week. The channel is providing coverage of StarSeries season 6.

YouTube channel DOTA 2 Divine is leading the chart this week with a 100 per cent increase in followers. The usual suspects Tfue, Ninja and Shroud are following in second, third and fourth respectively.

New entries include Twitch Fortnite streamer cloakzy, a 6 per cent increase in followers has sent him into the top 10.

Ninja is back on top with the views this week, alongside chart regulars TheGrefg and Riot Games. Fortnite compilation channel RedFury is an unsurprising new entry this week.

Other entries this week include NoahJ456, a YouTube Gaming channel with 3.4 million subscribers, YouTube channel Fortnite Hub which kind of explains itself, and Shroud, who is back in the top 10 after straying from battle royale caused him to drop a few views last week.