Ninja and SonicFox pick up awards at The Game Awards 2018 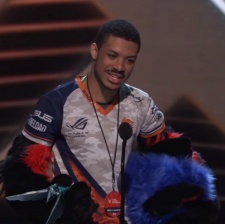 The fifth edition of The Game Awards was hosted in Los Angeles, California and is organised and hosted by former games journalist Geoff Keighley.

As well as honouring the best games of 2018, the awards show also named the top influencers of the year.

Fortnite streamer Tyler 'Ninja' Blevins took home Content Creator of the Year, but it was fighting game pro Dominique 'SonicFox' McLean that stole the show after winning Esports Personality of the Year.

The full list of winners for The Game Awards 2018

Game of the Year: God of War by Sony Santa Monica

Best Strategy Game: Into the Breach by Subset Games