Bowsette is cancelled by Nintendo, but that won't stop the cosplayers 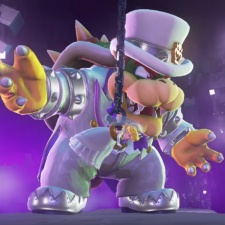 If you’re a Nintendo fan with an ear close to the community online, then chances are you’ve heard about the support for Bowsette.

For the uninitiated, Bowsette was a fan-created take on what would happen if Bowser were to pick up the new Super Crown power-up and transform into a Princess Peach-like version of the character in New Super Mario Bros. U Deluxe for Nintendo Switch.

The concept eventually became a popular trend among fans online, with many cosplayers, artists, and creators sharing their take on what Bowsette would look if she was included in the new game.

The fan imaginations of the character were common and had an immense amount of support. You could not look anywhere online and not see a sexy rendition of Bowsette being shared among cosplayers or Nintendo fans hoping for a female version of Bowser to be made official.

But don’t lose your head if you were out of the loop. Nintendo has officially made it clear that Bowsette won’t be in the game and is not canon to the series. According to a post shared on ResetEra from the official Nintendo website, only one character (Toadette) can pick up the Super Crown power-up and transform. No other characters, male or female, can do so and become a Peach-like version of themselves.

Since this information is officially shared by Nintendo themselves, it makes all renditions of Bowsette completely non-canon to the game. Fans hoping to see something grown from the fan community make it into an official game will undoubtfully be disappointed.

The popularity of Bowsette was something that became a big part of the end of 2018, with many outlets reporting on the reactions and overall support that the fan-created character garnered by from the community. But Nintendo’s word on their games is law, and according to them, Bowsette doesn’t exist in the Super Mario universe.

Nintendo Creators could be hit hard by YouTube changes