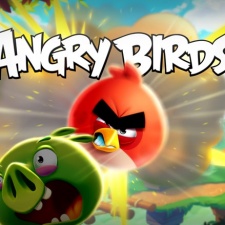 Ninja is back on top this week after dipping down to third last week. A 78.9 per cent rise in views took the Fortnite superstar back over 3 million hours watched.

Fellow Twitch streamer summit1g is in second place for a second week, after a 42.9 per cent increase in views. Fortnite streamer and FaZe Clan member Tfue drops to third this week after a 36.6 per cent dip in views.

YouTuber Nick Eh 30 is in fourth after a 23.9 per cent rise in views this week. Twitch streamer Shroud is in fifth after a 1.1 per cent drop.

Sixth place goes to YouTube channel Dynamo Gaming, which had a 30.5 per cent rise in views last week. The channel whipped up over 1.6 million views on PUBG mobile content.

Twitch creator NICKMERCS takes seventh after a whopping 479.9 per cent rise in views last week. The channel has a big focus on Fortnite and racked up over 1.5 million hours watched.

TwitchPresents falls to eigth with a 14.1 per cent decrease in views. The Twitch-owned channel hosted a 24/7 Pokémon marathon over the holidays and is now hosting a classic Doctor Who marathon.

Twitch channel sodapoppin is a new entry in ninth place after a 115.1 per cent rise in views last week. Their Dead by Daylight coverage whipped up a cool 1.23 million hours watched in the last week.

Lastly, GamesDoneQuick on Twitch closes the chart. The annual Awesome Games Done Quick charity event kicked off this week, which sees a bunch of professional speedrunners blasting through numerous video games to raise money for the Prevent Cancer Foundation.

Vietnamese YouTube channel Hung Item is leading the trending by followers chart for last week. The channel racked up an additional 219,566 followers in seven days.

Other entries include Dynamo Gaming which racked up over 142k followers last week, Tfue who brought in another 79,557 Twitch followers, and YouTube channel Kronten Gaming which amassed another 56,726 YouTube subs.

The Angry Birds YouTube channel is leading the trending by views last week. In just seven days the channel racked up over 10 million views. The cause looks to be the 24/7 livestreams of Angry Birds episodes.