Fitness influencer scams audience, offers refunds, but asks everyone to sign an NDA to receive it 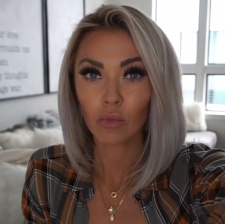 Brittany Dawn Davis, a fitness influencer, is being heavily criticised by her followers after she didn't deliver on nutrition plans and coaching sessions that she had sold to them.

The 27-year-old Texan is in the process of refunding her audience. However, Davis is also trying to get everyone that wants a refund to sign a non-disclosure agreement (NDA) first before receiving it.

“My attorney will also be asking anyone who is refunded to sign an NDA agreement for confidentiality purposes from this point moving forward to protect my name, my brand, and my business in any future situation in person or online. The disclosure will need to be signed before the refund can be made.” David wrote in an email to her disgruntled customers.

Much of the backlash towards Davis came from customers who felt duped by the nutrition and fitness plans that the influencer advertised to her audience. Some of the complaints cited were how the plans were not tailored towards individual lifestyles, but were generic, duplicated plans from a previous package that Davis had offered the year prior.

The influencer was also accused of deleting comments on her social media posts (Instagram, specifically) from customers airing out grievances, with a few saying they were blocked by her as well.

“Brittany Dawn Fitness has and will continue to acknowledge the concerns and questions of our customers through direct conversations with each of them," Davis said, speaking with INSIDER.

"I have set up a monitored customer service email where I have been able to accept and rectify more than two-thirds of the complaints through make-goods, refunds, and plans extensions, depending on each specific situation.”

The social flurry has not been without effects towards Davis and her brand. Some brands have dropped her as a sponsor according to emails shared with INSIDER. This includes her being dropped by nutrition company Tropeaka and clothing brand TimelessLabel.

As of the time of this writing, Davis has yet to fully give out refunds to all her customers and is still in the process of settling up with everybody.