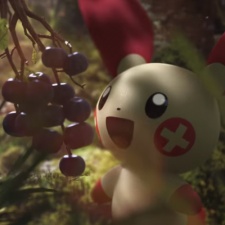 A report from the BBC stated that some creators had also had their Google accounts deleted, losing access to emails and other features. As such, many creators couldn't figure out why the actions had taken place.

YouTube’s email that went out stated “YouTube prohibits uploading any type of activity that sexualises minors.”, which was only seen by those who were able to still view the contents connected to their Google accounts.

The cause of the issue seems to be around the acronym 'CP'. The acronym means Combat Points in Pokémon GO. Other creators found their Club Penguin videos removed because of a similar issue.

Unfortunately, CP could also be interpreted as child pornography, but YouTube has not yet made a statement if that is the specific cause for why the misunderstanding happened, nor has it clarified whether manual reviews of the channels were carried out before the bans were given.

Many who were affected have been outspoken about YouTube’s lack of communication on the matter. Some have requested that videos that are flagged should be manually reviewed before any other serious actions are taken, so that mistakes like this could be prevented. All of the videos affected by the issue have been reinstated.

So my channel just went down for community guideline strikes for “sexual content”... @TeamYouTube yal into Pokémon or something??