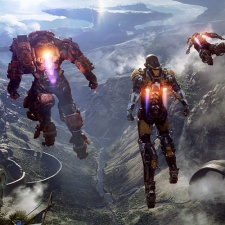 New kid on the block Apex Legends enjoys another week in first place, but a 25 per cent drop in hours watched last week brings it back down to earth a little.

Fortnite has made its way back into second place after a 20.1 per cent increase in hours watched last week. There's now less than 3 million hours between Apex Legends and the former champion. The gap was almost 20 million hours the week prior.

League of Legends falls to third place under the shadow of Fortnite. While LoL hasn't lost any views, Fortnite's surge in views was enough to knock it down a peg.

CS:GO is in fourth for a second week, views up by 26.6 per cent. Dota 2 is fifth for another week also, after an even larger 52.4 per cent increase in hours watched.

PUBG Mobile moves up to sixth from seventh, taking the place of Rainbow Six: Siege. Siege has completely disappeared from the chart after a huge burst in views.

Overwatch moves into seventh place from ninth after a small but effective 1.9 per cent increase in hours watched. PUBG remains in eighth place after a 14.2 per cent drop in views.

GTA:V pops back into the chart after a 21.9 per cent increase in hours watched. Closing the chart is Anthem, EA's new sci-fi offering. Excitement for Anthem has been dashed by the surprise release of Apex Legends, but it looks like streamers are beginning to check it out.

Top 10 streamed games of the week: the new battle royale in town has dethroned Fortnite