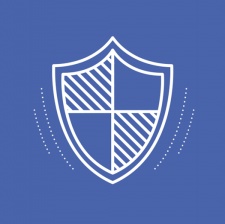 After promising for over a year that new privacy tools were coming, Facebook is now getting ready to roll out a new feature for its users on the platform.

The clear history tool was revealed a while back by Facebook’s chief financial officer David Wehner, but no official date during the year was revealed. Some expect the new tool to come towards the latter half of 2019.

This all comes as a response to privacy scandals involving Facebook and the UK firm Cambridge Analytica. The firm gained access to personal data for 87 million Facebook users and used it for political profiling during the Donald Trump election campaign in 2017.

Since then, Facebook has been heavily lambasted for the way the platform safeguards personal data.

Wehner also noted how the new tool may affect how adverts are shown to Facebook users. Speaking at the Morgan Stanley Technology, Media and Telecom Conference 2019, Wehner said the tool is "going to give [Facebook] some headwinds in terms of being able to target as effectively as before."

Facebook CEO Mark Zuckerberg has also spoken about the tool. At the 2018 F8 developer conference, Zuckerberg explained how it would work in a similar way to clearing a browser history.

"The idea is a lot of sites need cookies to work, but you should still be able to flush your history whenever you want," he explained.

"We’re building a version of this for Facebook too. It will be a simple control to clear your browsing history on Facebook – what you’ve clicked on, websites you’ve visited, and so on."

Still, there's no concrete date on when to explain this next update for Facebook.