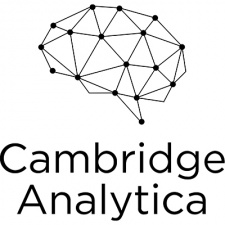 The company at the heart of the biggest scandal to ever rock Facebook is closing its doors.

“Over the past several months, Cambridge Analytica has been the subject of numerous unfounded accusations and, despite the company’s efforts to correct the record, has been vilified for activities that are not only legal, but also widely accepted as a standard component of online advertising in both the political and commercial arenas,” a company statement explained.

“Despite Cambridge Analytica’s unwavering confidence that its employees have acted ethically and lawfully, the siege of media coverage has driven away virtually all of the company’s customers and suppliers.

“As a result, it has been determined that it is no longer viable to continue operating the business, which left Cambridge Analytica with no realistic alternative to placing the company into administration.”

Cambridge Analytica continues to deny any wrongdoing in the Facebook data scandal and also insists that the controversial data obtained by Aleksandr Kogan from a Facebook personality quiz app was never integrated into its systems. Kogan, too, has continued to protest his innocence.

He said at the time: “We did all the research, all the data, all the analytics, all the targeting… our data informed all the strategy.”

He also claimed that the company routinely destroyed its email data to ensure “there’s no evidence”.