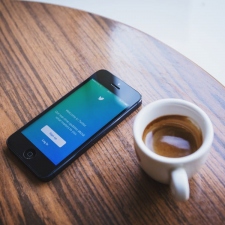 Twitter is taking steps to become more open about controversial decisions it makes when dealing with issues on the platform.

In a recent episode of Joe Rogan's podcast, the platform's Trust and Safety lead Vijaya Gadde explained that the platform may start to publish case studies explaining why some accounts have been banned or suspended.

“We're thinking of doing something we call case studies. Essentially this is our case law, this is what we use, and so high profile cases, cases people ask us about, like to actually publish this so that we can go through, you know, tweet by tweet just like this," Gadde said during the cast.

"Because I think a lot of people just don't understand, and they don't believe us when we're saying these things so to put that out there so people can see and they may disagree with the calls that we're making but we want them to at least see why we're making these calls. I want to at least start that by the end of this year.”

Twitter has historically received a lot of open feedback and backlash for taking actions against some users on the platform, especially within the political space.

During the discussion on the Joe Rogan Podcast, issues like the banning of Alex Jones and Jacob Wohl came up, as the decision to ban these personalities caused a lot of discussion last year. In the past, Twitter has refused to comment publicly on bans pertaining to specific accounts.

Though still in its early steps and being done at a slow pace, this might lead to better transparency and insight on Twitter’s decision making. We’ll know more about how this plays out sometime over the course of the year.