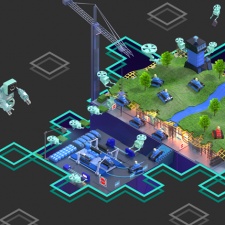 Microsoft has brought its various development tools and services under one roof: the Microsoft Game Stack.

What does it all mean?

Xbox Live has been integrated into the Microsoft Game Stack, which means the service has been expanded to support cross-platform capabilities - including for games on iOS and Android devices.

Many of these Game Stack tools and services, such as PlayFab, work across various platforms, including PS4 and Nintendo Switch.

Microsoft said it will continue to unify its tech and services under the Game Stack banner over the coming months.

“This is the start of a new journey, and today we are only taking the first steps,” said Microsoft Gaming Cloud corporate VP Kareem Choudhry.

“We believe Microsoft is uniquely suited to deliver on that commitment. Our company has a long legacy in games – and in building developer-focused platforms.

“There are two billion gamers in the world today, playing a broad range of games, on a broad range of devices. There is as much focus on video streaming, watching and sharing within a community as there is on playing or competing.

“As game creators, you strive every day to continuously engage your players, to spark their imaginations, and inspire them, regardless of where they are, or what device they’re using.”

PlayFab will be speaking at Pocket Gamer Connects Seattle, which takes place on May 13th to 14th.

This article was first published on PocketGamer.biz.